With a historic balance of women in the MBA Class of 2023, Wharton examines its path to this milestone and efforts to build on progress made in the classroom and the workforce.
The Report
by Michael Kaiser
Fall/Winter 2021
News
School News
Leadership
Share:
FacebookTweetLinkedIn

When the MBA Class of 2023 arrived in Philadelphia in August, members cycled through the traditional rites of passage: their first stroll through Rittenhouse Square, a trip to the Penn Bookstore for fresh Wharton gear, meeting their clusters and cohorts during Pre-Term. They also made history.

Their arrival marks the first time in its 100-year lifespan that the full-time MBA Program is majority female, at 52 percent — a metric that shatters the previous high mark of 48 percent and leaps over a long-standing hurdle of inequality at the School. Women and men at all levels and positions within the Wharton community have chipped away at gender parity in the MBA Program for decades. This moment is both a cause for celebration and a time to ask: What took so long? And where do we go from here?

Few people understand these nuances better than Maryellen Reilly, deputy vice dean of the MBA Program, who joined Wharton in 2006, when the incoming MBA Class of 2008 sat at 36 percent women. For the past 15 years, Reilly — along with a vast and decentralized network of colleagues, alumni, faculty, and students — has built and strengthened on-ramps for women forging careers in business.

897
Total students enrolled in the MBA Class of ’23, with 83 countries represented and an LGBTQ+ population of seven percent.
For more facts and figures from the class profile, visit the Wharton School website.

“Every board chair or CEO you talk to wants more women in the C-suite and on the board,” Reilly says. “And the best way to do that is to have a pipeline that’s robust all the way through. Now, having a 52 percent female class, we’re able to fill that pipeline from the early stages.”

This pipeline is vital because in corporate America, women and people of color are still woefully underrepresented at the highest levels of senior management. According to the “Women in the Workplace 2020” report produced by Lean In, white women make up only 19 percent of the C-suite. For women of color, the number is only three percent. And while entry-level positions show a more equal divide between women and men, the percentage of women falls at each successive level.

Companies simply can’t afford to fall behind on diversity and representation. It’s not only a matter of what’s right — equality also affects the bottom line. A study by McKinsey found that executive teams and boards with greater diversity in both gender and ethnicity significantly outperform their competition on profitability.

The conversation on diversity and inclusion has shifted dramatically in recent years. Natalie Neilson Edwards WG18 experienced this while at Wharton when she and her peers imagined a day when large companies and brands might show public support for social movements to combat racial injustices. In 2020, that all came to fruition as major corporations spoke out and pledged to do better. Now, as chief diversity officer at one of the world’s largest utility companies, National Grid, Neilson Edwards is confronting these issues head-on.

“I think one of the biggest weaknesses we have as corporations at large is saying, ‘We want diversity, but when you get here, leave it at the door — be like the rest of us,’” she says. “And I think that’s the fundamental shift in business and business education: By being who you are and daring to take up space, we give permission to others to do the same.” No silver bullet can dismantle gender norms overnight. Rather, it took a number of initiatives that eroded barriers year after year, including dozens of “visit days” on campus during which women could step inside a Wharton classroom and meet current students, along with countless alumni mentoring and guiding women to consider business school. In essence, every woman who has passed through Wharton’s doors caused a ripple effect that has swelled into a wave of potential talent.

Blair Mannix, director of MBA admissions, has watched MBA applications from women increase 21 percent in the past five years alone. Last October, as Mannix and her team culled through thousands of first-round applications, they noticed the numbers were again trending upward among women applicants.

“If women are increasingly wanting to enter the business arena, and therefore MBA programs at higher levels, we’re going to respond to that interest,” Mannix says. “We’re excited to push those women out into the market, where they can be mentors and leaders for other women and men. We were lucky that so many of them took us up on our offer this year.”

“Every board chair or CEO wants more women in the C-suite and on the board,” says Wharton’s Maryellen Reilly. “The best way to do that is to have a robust pipeline.”

And to the naysayers who doubt these women are qualified? Says Mannix: “We have the highest average GMAT score — 733 — for a class on record. Period.”

The culture was different when Anne McNulty WG79 attended Wharton in the late 1970s. She was one of about 200 women in her class, or roughly 26 percent. “My classmates and I knew that as women, there might be some barriers to our advancement, but honestly, we thought it was just a pipeline problem. Once we got our MBAs, we would just rise through the ranks. We were smart, we were ambitious, and we were confident. And we were wrong. The world certainly did not transform as quickly as we expected,” says McNulty, who went on to a successful career at Goldman Sachs before founding JBK Partners.

Along with her late husband John, she established the McNulty Foundation, and in 1992, the McNulty Leadership Program at Wharton was born. Today, in partnership with Lean In, the Forte Foundation, Wharton Women in Business, and Wharton Male Allies, MLP offers seminars on global inequality, emotional intelligence, and paternal leave negotiation, to name a few. Catching up at Convocation ceremonies in August

MLP director of strategic initiatives Jess Segal, who leads programs aimed at navigating gender and diversity in the workplace, says the goal is to transform students into agents of change. “If one woman or man goes to one of our programs, and then they’re watching someone constantly get talked over in a meeting and they say, ‘I’m sorry, but I’ve seen you do this a couple of times, please let her finish’ — it’s a win,” Segal says.

Individual advocacy work is critical, but to move the needle on the C-suite, more can be done. Bonnie Bandeen C80 WG85, a retired managing director from Morgan Stanley and member of the Wharton Board of Advisors, says women can’t rely solely on change mandated from the top down. Rather, the pipeline itself needs to be fixed at the mid-stage career level. That starts with trusting women to take on more responsibilities: “If you make the woman’s job worthwhile — meaning you pay them enough, you’re promoting them — they’ll make their own family decisions about what’s needed at home. Traditionally, the men had the better-paying job, so women took a back seat. That’s not always the case anymore.”

Anshika Priyadarshee WG23 is among the 52 percent in the MBA Class of 2023. During the next two years, she hopes to leverage her experience in management and software engineering — she spent seven years at Audible, an Amazon company — to explore how technology can improve education outcomes. As a woman in tech, Priyadarshee is used to being one of the few females in the room, but now, at Wharton, there’s already a noticeable shift in the environment. “There is strength in numbers, and we’re all going to be part of each other’s networks and support systems,” she says. That’s something she hopes to carry throughout her career: “The Wharton community and broader network can be there to pull everyone up to where they want to be and create the impact they want in the world.”

Published as “Tipping the Scales” in the Fall/Winter 2021 issue of  Wharton Magazine. 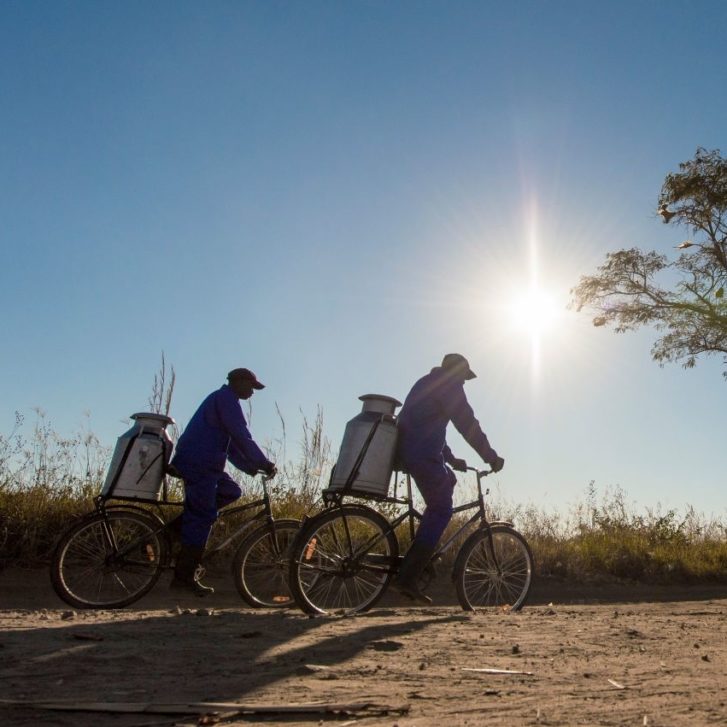 Dean Erika James shares her philosophy for the future of the School, with four areas of opportunity at its core.