Salomon Brothers underwrites the securities for many of these PPMCs. Burns, for his part, recently published two industry analyses suggesting that PPMCs are a bad deal for both physicians and investors. 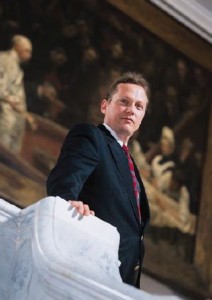 It’s not often that research by health care scholars is turned into an interview published by an investment bank for its clients (Salomon Brothers PPM Perspective Series — Wharton Professor Interview). But then Burns, who is also the director of research at Penn’s Leonard Davis Institute, has always taken both an academic and a practical approach to health care. After earning his PhD from the University of Chicago in 1981 — writing his dissertation on hospital management — he taught in the hospital administration program at Chicago’s business school. During this same time period he received a fellowship from the Kaiser Foundation to go through the MBA program.

He then worked for the Hospital Corporation of America (HCA) as assistant to the administrator at one of their flagship hospitals in Texas. “It was an opportunity to see first-hand how for-profit hospital systems really worked,” he says. A year later he landed a similar position with the head of Jackson Park Hospital, an inner city non-profit hospital on Chicago’s South Side.

In 1985 Burns returned to academia in the College of Business at the University of Arizona before coming to Wharton in 1994.

In Burns’ view, many of the changes taking place in health care these days — including the advent of managed care organizations and the rise of integrated delivery systems — suggest a marketplace whose most recent surgical procedures have been botched. “Treating physicians and hospitals like commodities to be bought and sold is totally antithetical to the tradition of health care delivery in this country,” says Burns.

The physician practice management industry is one example. The PPMC is typically capitalized by private venture firms or Wall Street through initial IPOs or secondary offerings. Investors are attracted by the lure of rapid revenue growth and high earnings while physicians, faced with escalating overhead and the ever increasing complexity of billings/collections procedures, are drawn by the promise of investment capital, managerial expertise and administrative relief.

Under the usual PPMC arrangement, physicians sell the tangible assets of their practices to the physician practice management companies — often in exchange for stock — and sign long-term contracts in which they agree to work as salaried employees. But as Burns points out, stock prices are volatile. Two of the biggest names in the PPM industry — MedPartners and Physicians Resource Group — have seen their stock prices plummet by as much as 60 percent and 80 percent, respectively, in the last year. Several months ago, one of the first PPM firms, Florida-based Coastal, was bought out by its original founder at $1 a share, down from a high of $40.

“Meanwhile doctors have sold the tangible and intangible assets of their practices, most of which have taken years to build up,” says Burns. “All that value is washed away. Now they are salaried physicians with no equity.”

At its worst, the PPM industry, which Burns estimates at anywhere from 100 to 150 firms, “could be a huge pyramid scheme where the name of the game is to buy up practices, and buy up other companies that are buying up the practices. To Wall Street investors it looks like earnings are going through the roof.

“At some point, however, in order to keep up those earnings, the PPMCs are going to have to roll up their sleeves and do the hard work of making the physicians’ practices more productive than they were. Yet my experience has been that physicians are already good at watching the bottom line. They are not wasteful people. So you have to wonder how much extra productivity these outsider Wall Street companies can wring out of the practices. At the most, all they can do is pool purchasing orders and reduce overhead by maybe five percent. This is not a sustainable strategy long-term.”

So what’s the appeal here? “There are more than 700,000 physicians in the U.S.,” says Burns, “and only a fraction of them have been acquired. Investors believe there is still a huge upside potential from buying and consolidating these practices.”

Burns clearly doesn’t. “Whenever I hear the words economies of scale in health care, I wince,” he says, “because the evidence for it is very weak. Health care is a labor intensive industry; the bigger the organization the more labor. You aren’t necessarily gaining efficiencies by increasing the scale. It’s a point that almost no one in the industry appreciates.”

In addition to PPMCs, Burns is well-known for his expertise in integrated health care delivery systems. This spring, he and several colleagues completed a two-year study of six integrated delivery systems in the state of Illinois, looking specifically at the managerial process issues that arise when physicians and hospitals suddenly join forces. “What you are doing,” says Burns, “is taking professionals (the doctors) and making them work in bureaucracies. The two groups mix like oil and water …

“Often the emphasis is placed on putting together the merger rather than on managing the post-merger process,” Burns adds.

In their research Burns and his colleagues have found a series of nine polarities — seemingly opposite or contrary issues that need to be managed after a merger. “For example, by acquiring physician practices and putting physicians on salary, these systems basically allow the physicians to avoid all risk and uncertainty; yet at the same time, the system wants to accept managed care contracts and get everyone to work in a risk-based environment,” says Burns. Another example: “The systems want to act as a unified corporate entity yet their constituent hospitals don’t necessarily want to cooperate with one another, share risk with one another, or subsidize the operations of one another.”

In another recent research study, Burns and several colleagues looked further at the conditions that have given rise to integrated delivery systems. Along the way, they corrected a basic consulting firm model, established in 1993, that identified four stages of development in the health care market.”

According to that model, the typical health care market in stage one has very little managed care and all the providers are fragmented. In stage two, managed care arrives in the community and hospitals begin to consolidate; in stage three, managed care picks up steam, hospitals continue to consolidate, and physicians start forming large networks and begin to align with hospitals. In stage four, fully integrated health care organizations exist in which huge HMOs now deal with equally huge physician/hospital integrated systems.

“What we found is that the level of managed care penetration is not really closely tied with horizontal consolidation or vertical integration among providers,” says Burns. “Providers are integrating not because managed care is here but partly because they think it will come and they want to be prepared for it. Some providers are integrating because their competitors are and they don’t want to be left as the only free-standing institution in town. All this common sense wisdom about integration — how easy it is to do, how great the benefits are, what causes it — just isn’t true.”

The federal government has allowed many hospital mergers to go forward “on the theory that the welfare losses that result from developing a local monopoly are outweighed by the efficiency gains and the lower costs of health care,” Burns notes. “I would dispute that. No one has been able to link all these mergers and acquisitions and integration strategies with patient outcome …

“People say we will get economies of scale and make things more efficient which of course will lead to higher quality of care. But actually there is no evidence of this.

“The most benign thing I can say about these strategic initiatives is that they will have no effect on how patients are treated. As one of my colleagues once said at a conference, ‘When was the last time a patient said they wanted integrated care?’”

As skeptical as Burns is about integrated delivery systems, he is perhaps more critical of the managed care juggernaut that has swept through health care in the last five to ten years. Burns, not surprisingly, isn’t swayed by the claims of managed care companies about higher quality and lower costs. “The evidence today on managed care shows that the technical/clinical quality of care is no better and may, in fact, be a little bit worse in managed care for patients with chronic conditions. The one consistent difference is the consumer’s satisfaction with acceptable care in an HMO. Most people think they have a harder time getting in to see the doctor on a timely basis.”

He agrees that costs, at least initially, are lower for members of HMOs, for several reasons. “First, there is mixed evidence that HMOs favorably select risks in the population and try to enroll mainly healthy people. I believe that to be partly true. Second, by merging with other HMOs and increasing market share, these organizations can dictate to doctors and hospitals the prices they are going to get for providing health care services.”

Third, over the past three years, HMOs have lowered their premiums to gain additional market share. However, in the process, they have sustained losses “which they now have to recoup. They are doing that by raising their premiums. Fourth, savings occur as employers move their employees from indemnity (fee-for-service) plans into managed care. However, these savings can be realized only once.”

So overall the ability of managed care to control health care costs is limited because many of those cost savings have already been achieved over the last three years. Furthermore, Burns adds, the costs of health care are predicted to rise anywhere from six to eight percent over the next six years.

“My feeling is that HMOs are really a bounty hunter for the employers, essentially taking money out of the hides of doctors and hospitals, passing some of it onto the employers in terms of controlling the costs of premiums, but also using that money as a huge income transfer to the HMOs themselves, building up their own war chests for mergers and acquisitions, erecting new facilities, increasing executive salaries and compensation and so forth …

“Neither managed care nor integrated health care, at least in the short and middle term, is going to solve the problem of rising health care costs or improve the quality of health care.”

So what will? “I don’t have the answer to that, but I think a better place to look is along the supply chain involving pharmaceuticals, hospital and medical supplies, equipment manufacturers and the like,” Burns says. “You might be able to develop some collaborative partnerships between the suppliers and the users of health care products, and perhaps get more efficiencies that way. Then you don’t have to tell the hospitals and doctors how to make do with less money.”

Burns and several of his colleagues recently received a grant to study value-chain partnerships between the suppliers of health care products and the organized consumers of health care products, like the hospital systems. Specifically the group is looking at four different types of suppliers: the pharmaceutical industry, the hospital disposable supply industry, the equipment and device manufacturers, and the liability insurance companies.

This whole area, says Burns, “offers much more palatable approaches to getting savings out of the health care system than anything I have seen so far.” 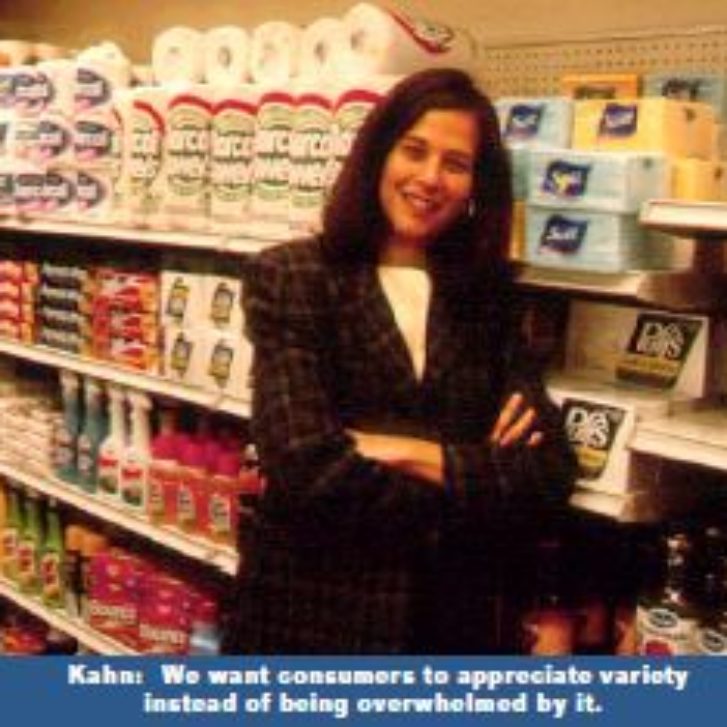 Accounting Principles, According to Knutson

Professor Peter Knutson Wraps Up 31 Years Instructing Students How to Look Behind the Numbers, Or, As He Puts It, “How to Distinguish Reality from Accounting and GAAP from Claptrap” The Business of Health Care

Last fall, Wharton’s health care systems department celebrated its 25th Anniversary. Faculty and alumni have led the effort to link the disciplines of economics and management to the practice of medicine.