When the Shoe Fits for a Corporate Turnaround

Footlocker’s chief, Ken Hicks, shares with the Wharton community how he got the retailer a step ahead.
by Amanda D'Amico
February 27, 2012
Leadership
Management
Marketing
Share:
FacebookTweetLinkedIn

According to Ken Hicks, a recent Wharton Leadership Lecturer, there are only four types of business strategy: startup, ongoing success, disposition and turnaround. When Hicks took over as president and CEO of Footlocker Inc. in 2009, he implemented the sharp turnaround variety. Footlocker was struggling, and sales were declining.

Within Hicks’ overall strategy, two main initiatives were the key to success: distinct branding of lines and consistent communication across channels.

Footlocker Inc. oversees several brands: Footlocker, Lady Footlocker, Kids Footlocker, Champs, Footaction and Eastbay. When Hicks came into his position, these stores were interchangeable in the minds of the consumers. Hicks set to work differentiating each with distinct marketing campaigns.

In order to brand these stores, the organization had to tell consistent stories across different media.  According to Hicks, the Internet stores of the Footlocker brands were previously run independently of the stores.

“A couple of years ago, if you saw the same thing on Footlocker and Footlocker.com, it was purely by luck,” Hicks told a packed house.

This disjointed marketing does not resonate with the world today.  Consumers expect the same branding and information on all media, and Footlocker now provides that across all channels, including social media, brick-and-mortar stores, online sites and its loyalty program.

“We’re spending some money on marketing to do it,” he added.

These two initiatives have attracted the customer back to the Footlocker brands, which have each better adapted the merchandise to fit the particular customer they now attract. Hicks argues that they are more selective about the merchandise they buy and are more strategic as they move forward.

This strategy has worked for Footlocker, Inc. But there is more work to be done.  According to Hicks, “as a public company, if you’re not growing, you’re dying.”

Hicks spoke to students on Feb. 9 as part of the Wharton Leadership Lecture Series. Student organizers invite a number of well-known senior executives and leaders from both the public and private sector to the University of Pennsylvania’s campus. These events are open to members of the Wharton community.

Editor’s note:  To view the full collection of images from the Ken Hicks leadership lecture, visit the Wharton Flickr photostream. Philanthropic activities can help the long-term business goals of a corporation, according to one prominent alumnus. 10+4=All the Management Advice an MBA Needs

The CEOs and industry leaders who spoke at Wharton’s annual Management Conference in December shared the steps necessary to climb to the top of the business ladder. 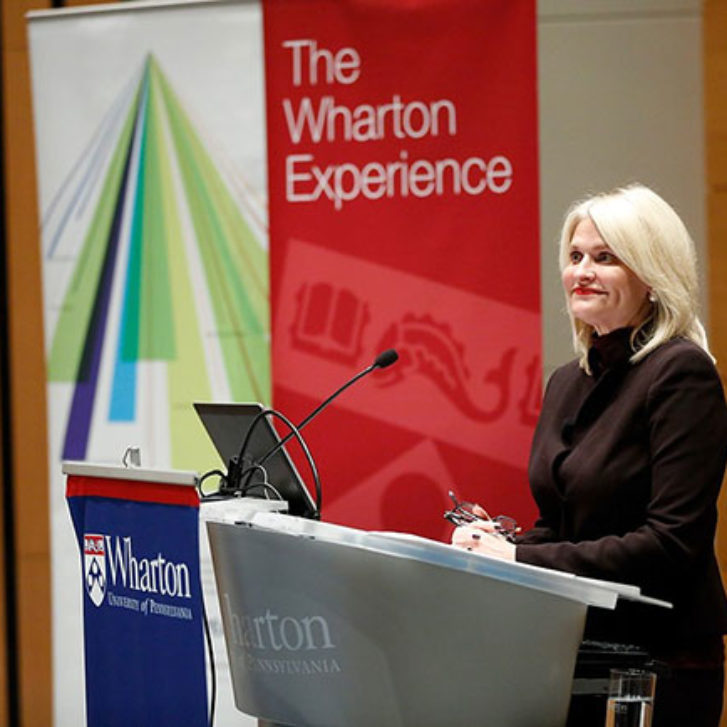