Preparing for a Brighter Future

The pandemic’s seismic effects and the devastation of war have given new meaning to one alumna’s efforts to connect Ukrainians with U.S. volunteers for English-speaking practice.
Essay
by Katerina Manoff C09 W09
Fall/Winter 2022
People
Philanthropy
International
Share:
Facebook0Tweet0LinkedIn0

My quest to transform Ukraine started with an awkward Zoom call, several years before the war and a year before the pandemic. A Ukrainian-American myself — having immigrated from Kyiv at an early age — I’d volunteered to mentor a 17-year-old Ukrainian student with her applications to U.S. colleges. Olena was no ordinary teenager; she was a nationally recognized pianist, scientist, and community activist with excellent grades and global ambitions. We’d corresponded by email for a few weeks, and I’d been blown away by her accomplishments.

Her written English was also notably strong, clear and concise. But when we met over Zoom, I was surprised to learn she could barely speak the language. She’d been studying English for years, but with classes focused on grammar and vocabulary memorization, she never had the opportunity to actually practice speaking — and it showed.

I soon learned that Olena’s story was the norm. Most Ukrainian students are exposed to English in school, but very few can speak it. In fact, Ukraine ranked 30th in English proficiency last year among 35 European countries assessed in an annual evaluation. In our interconnected world, English is an essential skill in almost any field. For young people like Olena, a lack of English-speaking skills closes off academic and professional opportunities. For a nation like Ukraine, low English fluency stunts economic growth and social progress.

I set out to find a way to help. Spoken fluency is nearly impossible to achieve without actually speaking. But with whom? Olena, like the vast majority of Ukrainian youth, couldn’t afford an American or British tutor. Searching for free conversation practice partners online turned up serious safety and quality issues. And then I had a breakthrough idea: What about American students working to meet community-service requirements? Fluent in English and in search of rewarding volunteer opportunities, they’d be the perfect match for Ukrainians trying to overcome the language barrier.

In conversations with students, I saw that even in wartime, they wanted to reach for new opportunities.

ENGin launched in early 2020 with a simple model: matching Ukrainian students with U.S. peers online for weekly one-on-one speaking sessions. We screened every participant and supported them throughout their time in the program. Just weeks after we launched, COVID hit, and our application numbers exploded. Suddenly, ENGin wasn’t just a side project to help a few dozen Ukrainians. We’d created the foundation for a nonprofit with nationwide impact. I saw our students blossoming, becoming ambitious and confident in their speaking ability. But the real power, I realized, would come from repeating this individual experience at an unprecedented scale.

The challenge was both enticing and terrifying. In my Wharton classes, I’d learned about building teams and scaling businesses. Since graduation, I’d followed less of a career path than a career maze, hopping from investment banking to charter schools and edtech startups. I freelanced as a writer, an editor, a writing coach. I launched and administered a small-grants program for Ukrainian youth, joined the leadership team of an education NGO, and started several side projects.

Drawing on this wild kaleidoscope of experiences, I set out to scale ENGin at a dizzying pace. As it turned out, my unorthodox professional background provided the perfect preparation for running a startup nonprofit. My role as ENGin’s CEO required flexibility, creative thinking, and a strong stomach for failure — all qualities I’d picked up in my prior roles.

By early 2022, we had connected 6,000 Ukrainian students to more than 5,000 volunteers from the U.S. and other countries. We had built out our team and planned our next steps, including launching an online platform to enable continued growth, expanding our partnerships, and making several major programmatic improvements. And on a personal level, I’d never been happier. I loved my job: the team, the work, and the incredible impact we were having.

Then, overnight, war shattered our plans. With most of the team located in Ukraine, we paused operations hours after the first missiles struck on February 24. Initially, I hoped to wait out the madness. But as the weeks passed, I began to wonder whether it was time to shut down permanently. How could anyone think about English practice when we watched children being murdered each day? How could we focus on intercultural exchange while Russian soldiers tortured and raped our people and the world stood by?

And yet, in conversations with students, I saw that most wanted to keep going. Even in wartime, they wanted to share their stories and reach for new opportunities. My team members, too, were eager to get back to work. ENGin reopened on April 1, with the program adjusted to Ukraine’s new reality. Most notably, we expanded to serve two new populations: young professionals who’d lost their jobs due to the war, and refugees who needed English to rebuild their lives in foreign countries. We began recruiting volunteers of all ages to work with these new students.

Today, I see that our work has never been more relevant — not just to address students’ current needs, but to plan for the future. After the war, the ability to rebuild will depend on foreign investment, partnerships with foreign companies, and tourism, all of which will be impossible without a broad base of English fluency throughout Ukraine. ENGin is creating a generation of English-speaking, culturally competent young Ukrainians who are ready to rebuild our nation.

By now, operating ENGin in wartime has become almost second nature. Our current existential challenge is finding the funds to keep our program running. The dissonance between our incredible programmatic successes and the struggle to raise funding is the greatest professional challenge I have ever faced. But in tackling such challenges, I find inspiration from people like my mentee Olena. Against all odds, she will soon graduate from one of the top liberal arts colleges in America. Against all odds, the Ukrainian people are holding up on the battlefield against an exponentially stronger enemy. And against all odds, ENGin will continue to support our youth in an effort to ensure the future of our nation.

Katerina Manoff C09 W09 is the founder of ENGin, a nonprofit dedicated to helping Ukrainian students improve their spoken English and intercultural skills.

Published as “Preparing for a Brighter Future” in the Fall/Winter 2022 issue of  Wharton Magazine. 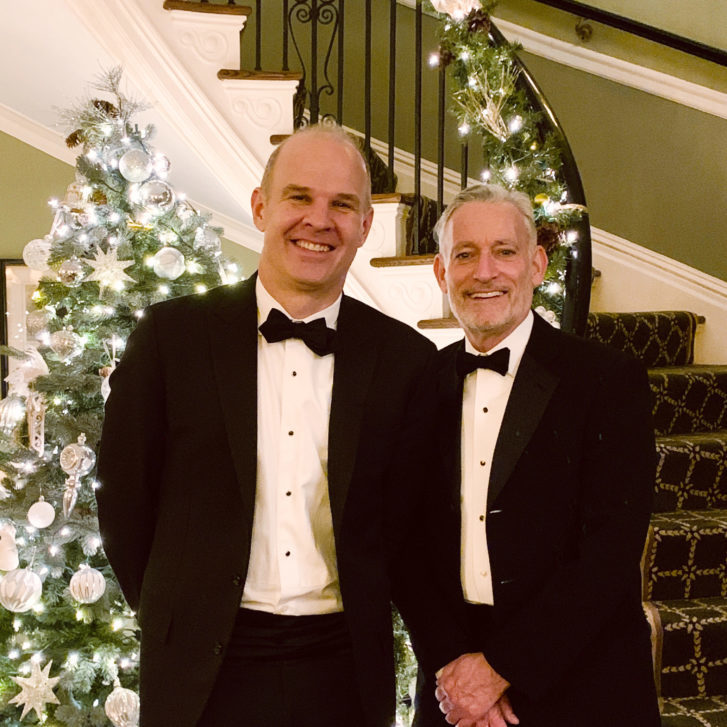