As I lounged at an outdoor café on the outskirts of Bologna’s Piazza Maggiore, I faced the city’s central basilica and the 12th-century towers of the oldest university in Europe. Other visitors milled about the entrance of the nearby Medieval Museum and a library wall with a photo gallery of World War II resistance fighters. There was no rush. The ristorantes didn’t open till eight for dinner—some at nine, after the staff eats together. Until then, I was content to sip my Lambrusco Salamino and indulge in my antipasti of meats and cheeses.

Much of travel is doing something while doing nothing, which is why it’s the perfect outlet for some serious soul-searching. I journeyed to Italy shortly after retiring from a 40-year career in publishing and media sales to do just that. I packed lightly, making frequent stops on the Regionale trains and keeping a daily journal to help me find some clarity at one of life’s major crossroads. (I missed my wife terribly, but she nixed traveling off-season with only a shoulder bag and no itinerary.) Upon retirement, I was in good shape financially but surprised by the uncertainty I felt about how I would stay productive at the end of the career arc.

My travels confirmed that if you pay attention at any age, seemingly insignificant things compound to shape a way forward.

Taking to the road to navigate a turning point had proven valuable before. Roll tape back nearly 50 years to an underachieving, unfulfilling year at a large company after my graduation from Wharton. Back then, in-house remedies for my malaise were grossly insufficient. The problem wasn’t an inability to unplug outside the office, as is often the case today. I wasn’t aware of outside career counseling and couldn’t propose a learning sabbatical, which was prevalent in academia but unheard-of in the corporate world. The pressure I put on myself to stick with the job built up until I felt exhausted and finally realized a change was inevitable.

In the early 1970s, my baby-boomer option was to quit and devote myself to what was often perceived as a dubious, narcissistic pursuit that was only slightly more accepted than the hippies dropping out in the ’60s or the yuppies copping out later. I joined Volunteers in Service to America for a year, then spent a second year touring the country in a pickup camper and by motorcycle before finally bicycling coast to coast. Along the way, I started writing articles on my experiences for publications like Bicycling magazine, the Saturday Evening Post, and Sunday newspaper travel sections. Who’d guess that after B-school, a non-traditional route would lead to an entirely new career?

Decades later, after marrying my wife, raising a family, and completing that career, the big question facing me in Italy was whether a travel break still could have the same revelatory effects. Genoa seemed to be a good first stop, because it was there that Columbus watched sails drop below the horizon of the Ligurian Sea and was inspired to imagine a new world. After visiting the explorer’s home, I was directed by the house docent toward the city’s historic district. “Don’t be afraid to get lost,” he instructed, which I promptly did in the maze of narrow cobblestone streets. A dark-haired barista later offered this advice on leaving the area: “Don’t try to find your way out the same way you came in.”

Equally enlightening was wisdom I received from an elderly grocer in a tiny Amalﬁ store. Discussing ingredients for marinara sauce, he held up a jar of anchovy juice. “Psst, psst, psst,” he said, indicating three drops, each containing garlic, basil, and olive oil—the only seasonings fit for the sauce. (Oregano is too strong; cilantro—he shook his head—ruins it.) I bought the anchovy juice to remind me of the grocer’s view on keeping recipes simple, which has applications not only in the kitchen but also in narrowing down life’s oft-conflicting choices.

It wasn’t until later in my trip that a rail strike stranded me in Caserta on my way to Brindisi and Gallipoli, in the heel of the boot. Caught in a downpour, I ducked into a taverna to eat piles of boiled heads-on shrimp and drink beer with soccer fans watching Italy fail to qualify for the World Cup for the first time since 1958. A heartbroken crowd filed out of the bar, but I couldn’t help feeling like a winner, grateful for the day’s detour.

Upon leaving Caserta, I not only had a clear image of who and what waited for me back on the other side of the ocean, but also an appreciation for the time I had found to explore—both during my early career break and now in retirement. Together, my travels conﬁrmed that if you pay attention at any age, seemingly insigniﬁcant things compound to shape a way forward. I was reminded of that especially on my first day in Italy by both the Columbus House docent and a helpful barista. My notebook is filled with other such subtle pointers and oblique lessons on how travel really is as much about seeing inward as it is looking out.

While it’s common among professionals at any stage of a career—and even upon retirement—to feel stuck in a situation, it’s usually not until we feel exhausted, stressed out, and depressed that we pause long enough to realize something’s wrong. My breaks have proven that getting away from routine is undoubtedly effective for resetting priorities and a new direction. Careers today are longer and tend to unfold in chapters. For those with the means to step back from an unfulfilling circumstance—be it a job or otherwise—trust you’ll land safely. If you follow your heart, you’ll figure the rest out.

David Barudin W69 lives in Virginia with his wife of 37 years. He earned an MA in creative writing from Hollins University and has published his fiction, nonfiction, and poetry in literary, trade, and popular magazines.

Published as “Give Me a Break” in the Fall/Winter 2019 issue of Wharton Magazine. 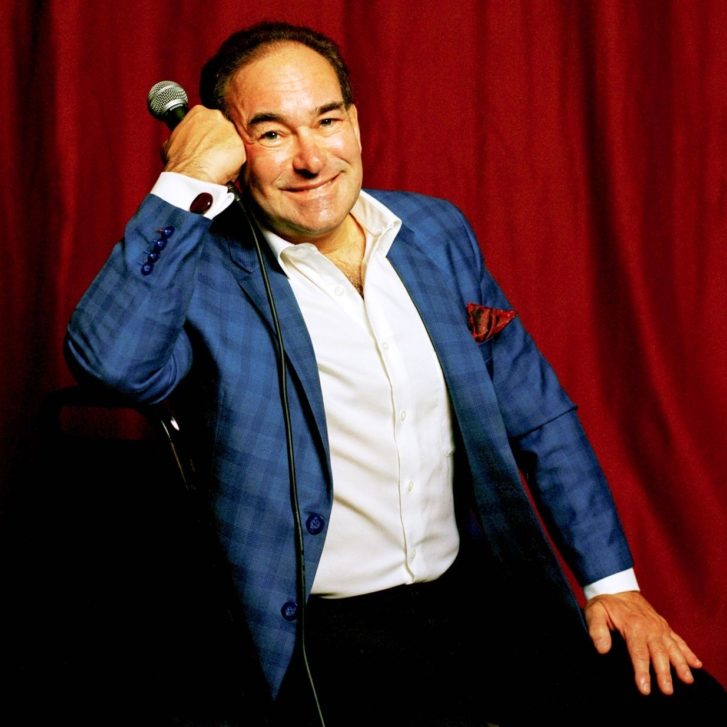 Shaun Eli Breidbart W83 reflects on his decision to ditch banking for a career in comedy — and why he’s never looked back.