One Eye on Policy, the Other on the Books

Standing at the intersection of politics and business are three Wharton alumni—independently elected state treasurers who are able to combine their interests in finance and public service and tackle some of our nation’s biggest problems.

As Janet Cowell, C’90, G’95, WG’95, the first female treasurer for North Carolina, says, “treasurer is an interesting position because it combines the business world with the political world.”

She came to the post after four years in the North Carolina Senate and three years on the Raleigh City Council, and with private-sector experience as a financial analyst with HSBC Bank and Lehman Brothers.

One of the biggest attractions for her is the operations component of designing systems and “running your own shop”—in her case an agency with more than 400 employees.

For Young Boozer III, WG’73, state treasurer for Alabama, public service is important. “The state of Alabama has been really good to me and my family, and I wanted to return the favor,” he says, mentioning his father (a Crimson tide football star and state luminary) and his grandfather (a former mayor).

Boozer III’s service started after nearly four decades in banking, more than half at Colonial Bank group, when he accepted a request from a friend that he serve as Alabama’s financial advisor. His job consisted of solving a financial problem involving derivatives. He saved the state more than $100 million.

That success led to his role as deputy finance director, followed by the sitting treasurer asking him to run as her successor.

In public service and in the banking business, Boozer seems to have been handed problems that needed quick decision-making and successful resolutions, and he seems to enjoy that.

Pennsylvania’s treasurer, Rob McCord, WG’89, credits Wharton’s curriculum with giving him the tools to succeed, as do Boozer and Cowell.

“Credibility and competence and confidence. It substantially added all three,” says McCord, who used his MBA to pivot from being a staffer and the head of a nonpartisan, public-policy think tank on Capitol Hill into a career in venture capitalism, namely at Safeguard Scientifics and the eastern technology Council. Before joining the private sector, McCord worked on Capitol Hill, where he specialized in budget and technology issues. He then served as CEO of the Congressional Institute for the Future, a bipartisan think tank.

Robert P. Inman, Richard King Mellon Professor of finance, suggests that many MBA students come to Wharton with their sights already set on public policy, either because of their undergraduate education or a previous job, such as the case of McCord. Professionals in these roles tend to have a strong personal bent toward public service, Inman says. They have to take on such a tough assignment.

“To take on a job [such as this] is a real commitment,” Inman says. “It has important sacrifices to it, not just financial but [in terms of] time.”

Cowell believes her public service was ingrained at a very young age by her parents, a Methodist minister and a school teacher.

Inman adds, though, that Wharton helps such already motivated individuals understand how public service can be a valuable part of professional life, of their “lifetime portfolio.” the School allows students with these interests to pursue them in a formal way in their classes and other activities. Inman teaches a course at Wharton, for instance, that helps students bring their financial skills directly to bear on government’s problems. Of course, Wharton also provides the rigorous business-school training in management, finance and accounting that are as essential for government officials as they are for someone entering the corporate world.

As Boozer explains, he built upon his Stanford University undergraduate degree with the “rigorous and quantitative education” at Wharton.

“We encourage their interests when they arrive, we give them the formal training they’ll need,” Inman says, echoing many of the same sentiments from Boozer, Cowell and McCord.

“[Nutter] is the perfect example of someone who has taken his Wharton experience and turned it into a very successful and productive career in the public sector,” Inman says.

Another perfect example, Boozer has applied his education and expansive private-sector experience, along with his passion for public service, to deal with the effects of the crisis in the financial markets upon his state’s prepaid affordable College tuition program, which sunk so low in 2009 that parents sued. Boozer has since secured a settlement that preserved significant value for investors.

“The resolution of it is the best possible outcome given the circumstances,” he says, adding that a financing plan and operational program has been put in place for years to come.

With this security, the 40,000 plan participants will receive payouts for their children at fall 2010 tuition rates.

Boozer came into office on Jan. 17, 2011, with the college savings program as the highest campaign priority and with two slogans being: “Yes, Young Boozer is my real name,” and “funny name, serious leadership.”

“Little did I know that my name would become the stickiest name in politics,” the republican says.

In Pennsylvania, McCord has also tackled the impact of the tumultuous investing environment on both the commonwealth’s prepaid tuition 529 plan and pension funds. He admits to coming into office in 2009 without fully appreciating “how much of a turnaround operation it was going to prove to be” in the wake of the 2008 market collapse.

The Keystone State’s pension funds, two of the largest in the nation, had suffered 30 percent loses. It’s guaranteed 529 college savings plan—similar to Alabama’s in that families paid for future college credits at yesterday’s rates— was 70 percent funded. After McCord’s work, it is now 95 percent funded. The pension fund is seeing 11 percent to 18 percent returns.

“That was a huge amount of turnaround,” McCord says.

Pennsylvania’s Democratic treasurer ensured the current and future success of the college tuition fund by reaching across the proverbial aisle to republicans in the state legislature. And as sole fiduciary for the fund, he decided not to bet on fixed-income investments.

Instead, he bet heavily in 2009 on some market recovery, and he introduced financial instruments that were new to the plan, like mezzanine debt and hedge funds. this provided solid, double-digit returns (well north of the 8 percent actuarial assumption) with less risk and volatility, according to McCord, who adds that the fund also “de-risked” a bit before the summer gyrations in equity markets.

Success with the pension funds came in part, he says, because the treasurer’s department marketed them heavily, guaranteeing the largest pool of money upon which to maximize returns.

Cowell has recently been discussing mergers and acquisitions in north Carolina—for the state health plan. For more than two decades, the plan was run out of the legislative body, which was not the “ideal governance structure,” Cowell says. No one else, however, wanted to take over the fund … until Cowell.

“I just felt like, if you’re going to be in public office, why not step up to the plate and take on the big issues,” she says.

Come January 1, 2012, Cowell and her office will take charge. She is already working to appoint a new fiduciary board for the health plan—a “really educated professional board” populated with the major stakeholders—to help make decisions to improve medical outcomes for the beneficiaries as well as reduce costs for North Carolina.

Unlike her peers in Pennsylvania and Alabama, though, Cowell didn’t inherit a troubled operation.

“We have a very good fiscal legacy in the state of north Carolina,” the Democrat says. “It’s more about protecting something that’s really good.”

In today’s uncertain and fearful economic climate, though, it isn’t all about what you do—but about events outside of your control. Cowell says that she fears that ratings agency Standard & Poor’s will downgrade the rating for the United States again. S&P has already noted that states can only be rated one grade higher than the federal government, so at the moment, North Carolina’s rating is safe.

This depends, though, on what action, or lack thereof, the congressional super-committee takes, as mandated by the debt ceiling agreement forged by President Barack Obama and republicans in Congress during the summer. Currently, Cowell is lobbying Congress and talking with other-rated states.

That Wharton grads are popping up as treasurers to manage these challenges also says a lot about the post itself.

“I think that it’s an interesting niche in the political world. It particularly lends itself to people with business experience,” he says. The Wharton Club of New York honors some of the School's most successful and impactful alumni with the Joseph Wharton Awards. Our Four in the District

An ambassadorship to D.C. is a unique opportunity to serve your country and tackle some of the world’s biggest challenges. No wonder Wharton has four of them. 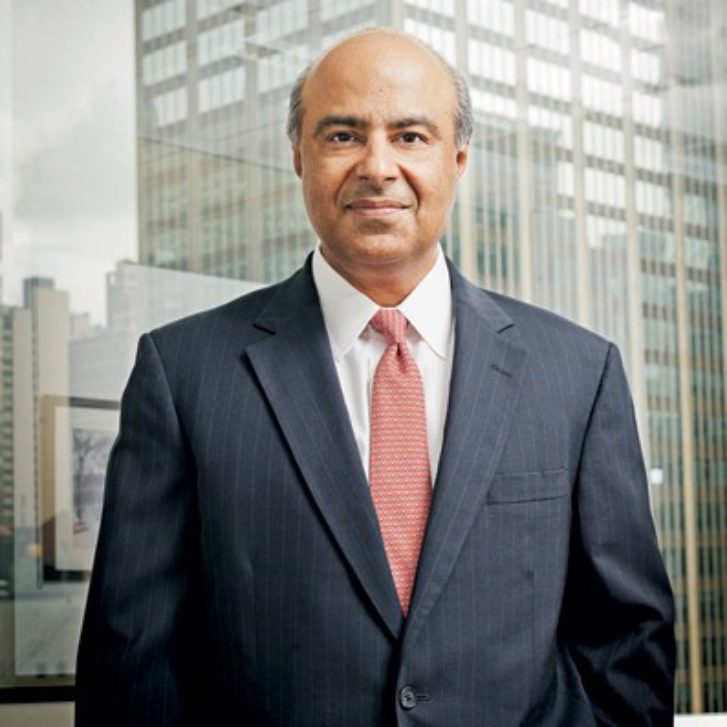