Janet Clark, WG’82, developed into a leader during her MBA at Wharton. Few female chief financial officers exist in the corporate world, even fewer in the energy sector, especially if they didn’t grow up in the business. But Clark transitioned from being an investment banker for 15 years to running energy businesses, first as CFO at Santa Fe Energy Resources and Resources and since 2004 at Marathon Oil Corp. as executive vice president and CFO. It wasn’t a career trajectory she plotted out. But in retrospect, her rising-star career path makes perfect sense after her Wharton education.

WHARTON MAGAZINE: Are there early parts of your career that you wish you could do over?

JANET CLARK: I think you learn from everything, and I have generally had good experiences or certainly benefited from any challenges that I’ve faced. So I’m pretty content with how things have evolved. I probably have a more unusual career path in the sense that I did take time off, and it wasn’t because of family or any other reason other than I just wanted to live life.

After I left First Boston where I was involved in investment banking, I took about two and a half years when I did some consulting assignments. I like to say I caught up on life.

WM: How do you feel when you win an accolade like “100 Most Power Women” from Forbes or “Best CFO of the Year” by the Houston Business Journal?

CLARK: It’s fun, there’s no question about that. It also makes me reflect on how fortunate I’ve been. Making the switch from investment banking straight to a chief financial officer job at Santa Fe Energy, which was a pretty big oil and gas company, was certainly fortuitous. And not everybody gets that opportunity. I’ve had some great opportunities. I’ve taken advantage of them, of course, but I do have to acknowledge that I have been very fortunate.

You have to take risks too. After Santa Fe, I was at a small oil and gas company called Nuevo Energy, and that was where I got the call from the executive recruiter about the CFO job at Marathon Oil, a very large corporation. There was actually quite a bit of risk in making that move, particularly at the time.

WM: At Wharton, were you on the ambitious side?

CLARK: When I say that I’m not ambitious, people look at look at me like I’m crazy. But I never really had a plan for what I was going to do. A lot of people had very planned-out ideas of how their career would develop over time. Whereas, I take advantage of opportunities rather than trying to prescribe what the optimal career path should should be and then sticking to that game plan.

WM: How has the knowledge for action that you derive from Wharton actually helped you in your career?

CLARK: The biggest thing I got out of my experience at Wharton was learning leadership skills. You can’t have action without leadership, or at least it’s hard to have the optimal action.

It’s very clear to me that the best leaders are the ones who are interested in doing the right thing. And that means doing the right thing for employees, for shareholders, for the communities where you operate, and [it] drives sustainable value. Cutting corners, or trying to get away with something, you might achieve short-term gain, but long term it will destroy value.

WM: Do you have favorite spots to travel for business?

CLARK: I enjoy going to visit the field operations more than anything.

WM: Do you actually go out on the rigs?

CLARK: Oh, yeah. Whether it’s a FPSO (a floating production, storage and offloading) operation, an offshore facility, offshore in Norway, or onshore in West Africa, Libya, I really love getting out in the field.

WM: Is there something that stands out where you feel like you’ve really been able to make a difference?

CLARK: I certainly am very involved in community affairs, particularly as it relates to education. I’m on the board of the Houston chapter of Teach for America, on the board of YES Prep Public Schools, which is a charter school aimed at kids from low-income families who want to go to college, which is enormously successful and very satisfying. I am also on the board of Houston Symphony and a number of other organizations.

I’ve had a lot of opportunities to share my experiences with younger women who are earlier in their career. And that also is very satisfying, to feel like I can help them along.

WM: You mentioned you enjoy music and are a supporter of the Houston Symphony.

CLARK: Yes. We have wonderful arts, and it’s so very accessible. Having lived in Manhattan for a long time—a fabulous place for the arts—it’s a lot easier to get involved in Houston. 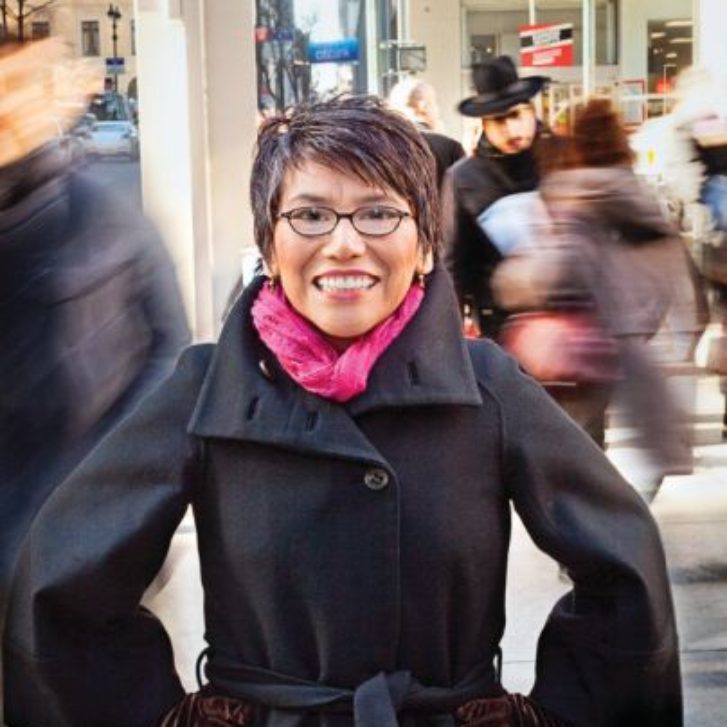